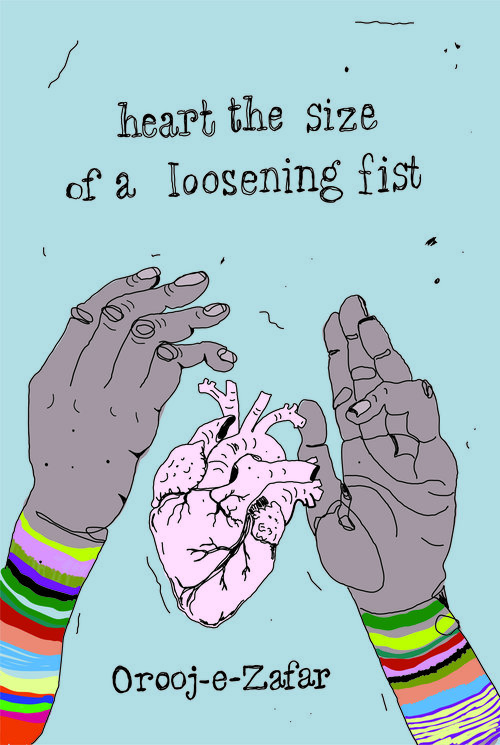 And I used to say, I am in awe of the universe,
when my body wanted to dive headfirst
into its vast everythingness. I have said,
Honesty is important to me, when I’ve meant
I need to know what the collateral damage
will be to cater to it. I say, I’ve never found
home in a place, when my body becomes an earthquake
at the thought of armor clinking.

Fixation is a funny thing. I laugh
it off as quirks until it transforms into the three
hours it takes to calm a racing railroad of a head,
because nothing seems empty enough to dull
the fullness of your own head.

The brain cannot perceive pain. It could be eaten
from the inside out but you’d never feel
the migraine so long as it stays in its substance.

But my brain hurts from all of the thinking-that-
will-help-me-survive-a-surprise-meteor-shower.
My brain is too heavy for my neck to carry
even though Atlas hugs Atlantis to keep it
aimed high. Can I say that I’m just tired from
having to deal with a house on fire that never
existed but feels so real I smell soot on my fingertips?

I’m just tired of seeing the universe everywhere
I catch the color purple. I’m tired of looking
for the ghost of hurt before it is conceived.
Of armor dissolving at the hint of a lover’s smile.

I’m tired of losing so much my body can’t register
it. I’m tired of not having enough migraines
to prove that I’m being eaten alive. Paralysis
and numbness are sign enough. Exhaustion
is crippling enough. Not knowing how to cry
when you absolutely need to is siren enough.

I say, The sky is blue today, because as a kid
I told myself I was a canvas for airplanes.
I say, Jumanji would be a fun game to play,
because I’d rather actually worry for my life
than worry about having to worry about it.

I say, The universe is beautiful—have you
seen the stars tonight? when the ground
fails to be ground enough at the same time
I fail to be enough. Do enough. Feel enough.

The sky is never empty, highway for kites
and birds alike; maybe concrete makes home
inside me someday. Maybe I can be
ground enough someday. Hold night and day alike,
without wincing every time metal clinks.

So many times, my six-year-old knees bled
against the best of themselves. Scarring
and hoping I wouldn’t peel off my curiosity.
Begging to let them heal before I remember.

I’m sure all I wanted was to see what made me
so pink underneath all that brown.
What part of me blushed under an unsteady
canopy of dry blood? If it was growing so well
why did it need to hide?

Now, I think about how our bodies
are at constant war. The mind knows well before
the rest of me how much it will swallow until
purging is its only instinct. how much quiet
will blanket over the rattling ghost tracks across
a myriad of brain damage. How long it must hide,
ashamed of its healing, until it can open
its shutters and look human again.

When the scabs fell, the sting soon became
the opposite of amnesia. Repair follows
injury like we imagine misguided satellites chasing
after stars. Injury imprints itself in our bodies in any way
the memory will stick. It cannot be forgotten. For years,
we have grown like fingers from loosening fists,
Remember. Remember. Remember:

pain is memory. Why else would we call it growing pains?

These poems are from Orooj-e-Zafar’s chapbook, Heart the Size of a Loosening Fist, from Vegetarian Alcoholic Press (2019). You can order the book here.

Orooj-e-Zafar is a genderqueer poet with numerous publications, awards and championship titles to their name. They like to believe they’re here on this planet, however briefly, to be brave. They also like achieving impossibly high standards & being miserable regardless. Orooj does not like bullies, wilful ignorance & neon colours but will read words about all three. They currently reside in Islamabad, Pakistan moonlighting as a comedian at Auratnaak and a performer, where they’re trying to make it to end of final year of medical school in one piece. You can follow them on Instagram, Facebook, and Twitter.