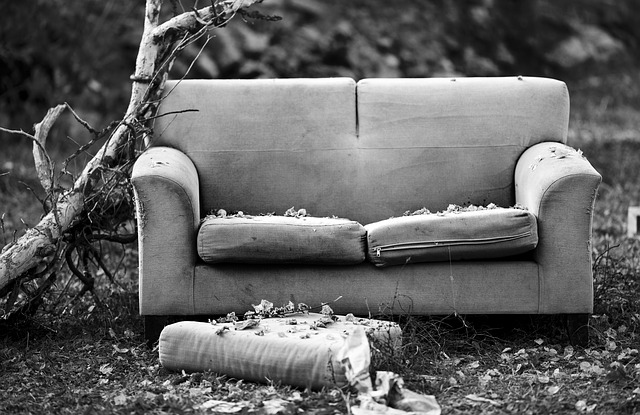 “Deforestation and Other Side Effects” by Tiffany Promise

This morning, when the Human-Shaped-Gods signed my discharge plan, I had a moment where I didn’t believe it was really happening.

“But my head used to hurt so badly that I’d contemplate taking an icepick to my occipital lobe. Now I just feel like an ice-picked ice sculpture,” I told them.

“You must suffer the darkness in order to see the stars,” they said.

“I cried because I had no shoes, until I met a man who had no feet.” They nodded in unison.

Pressure built up in my chest—I guess they call that panic—but I took a breath, grabbed the paperwork, packed my shit and ran.

The “plan” is now taped to my refrigerator with hot pink duct tape; it reads as follows:

1. Take your medicine. (As prescribed.)

2. Take your medicine. (With as many spoonfuls of sugar as needed.)

3. Take your medicine. (Even if it kills everything inside.)

I used to be a one-girl-wilderness-adventure-camp with nothing but a layer of thick prickly skin keeping it all hidden. Dense with photosynthesis, I was hella sexy. But now, as the unlucky benefactor of medication-induced dehydration, I’m just like California: always on fire, infertile as ever, dry as a motherhumping bone.

Pre-Lithium, I’d sit with my forest for hours, listening to the waterfall that poured through my abdomen and feeling the fingers of ivy that slowly scaled my ribcage.

“You little honeys are my everythings. Who needs a boyfriend, when I’ve got you?” I’d whisper to the snakes that wove in and out of my ovaries, tickling me from the inside outside inside out. Talk about effing transcendentalism; I was special, never alone… lone… lone…

Now buzzards take the place of my bluejays, weeds infect my flowerbeds, and I’m pretty sure I’ve felt a tumbleweed or two do its tumble thing. I half-expect Clint Eastwood to ride through on a bronco, guns a’blazin’ all willy-nilly and shit.

I always thought squirrels were the cockroaches of the mammal world, but no! My un-scrappy little bastards have sprouted maggots. Without enough of them left to snatch up all the acorns in my intestines, I just had to shit one out. Its jagged hat was hard on my rectum; I thought about eating a Vaseline-sandwich to lubricate the passage, but I don’t have any Vaseline or bread. I should’ve grabbed more than Fruity Pebbles when I stopped by Ralph’s on my way home from the bin.

A covey of canaries once perched in the birch to the left of my liver. Their sweet songs serenaded me during (infrequent) house-cleaning duties, letting me pretend to be all Snow Whitely. But the few canaries that are left have collapsed vocal chords, forcing their song to come out all strangled-sounding. No way I’m washing a dish to that dirge!

Some might say that’s better than breaking all the dishes and using them to carve curse words into my forearms. Some might say a lot of things.

“Progress,” the Human-Shaped-Gods hum from their steel-and-glass high-rise towers—so far away from anything living or breathing.

“Death,” I moan while making dirt-angels on my original-wood floorboards while the dust-bunnies wiggle their tails in applause. I keep checking my breath for the comforting stench of ivy/pollen/dew/scat, but all I smell is carrion beetles and barf.

(Let me tell you a story. To get the full effect, you should go to the Rainforest Cafe and order one of every single item on the menu—add extra salt to each dish—then eat really slowly without taking even one sip of water. Sit by yourself and listen to the sounds of the fake frogs and fake waterfalls around you; try to forget that you are in a strip-mall restaurant. Try to forget that all the sounds are electronic and being forced through crappy speakers. Tell yourself that this is real, that you are an explorer, that life is good. Or, if that’s too depressing, you can lock yourself in your bathroom with the shower turned on hot. Don’t get in the shower, just sit on the rug and wrap your arms around yourself in the simulacrum of a hug. When the room is nice and moist like a rainforest, remember how your mom used to do that whenever you got sick as a kid. You didn’t understand that she was trying to break up the mucus in your chest, you thought you were just having a bathroom party and even though you felt terrible and croupy and out of your mind with fever, you felt so loved. Remember how good that felt? Don’t you wish there was still someone around to take care of you like that?)

I’m sprawled here on a gold-hued, dumpster-salvaged couch in my living room trying to watch Sex and the City, but the sounds of dying inside are too distracting. As if manic-depression weren’t enough, now I’ve got this goddamned global warming thing to contend with.

The couch’s upholstery is flaking off in chunks the size of fingernails; my fingernails are flaking off and mixing with the chunks. I think about sweeping, but my muscles ache.

I force myself to walk to the kitchen for some water. I futilely chug cup after cup while standing over the sink. I could drink the whole Pacific Ocean and still want more. Through parched lips, I pray for my caseworker to call and grant me a moment of reprieve from this cornucopia of side effects.

“Hush little baby don’t say a word, caseworker’s gonna buy you a ‘nilla shake,” my caseworker doesn’t say because she doesn’t call because no one ever really does.

“And if that kitty-cat don’t purr, Sissy’s gonna bring you a teddy bear,” my sister doesn’t say because she claims that her cell phone plan doesn’t include weeknights though everyone’s does at this point.

“Fuck you fuck you fuck you tooooo,” I sing to all the friends/family who never send flowers or balloons or cards or any of that other Hallmark/Lifetime-movie shit that people do for people when they get sick.

Back on the couch, I notice black dots—barely bigger than pepper flakes—eking their way out of the pores on my abdomen. Hungry as fudge, these bugs have given up trying to find anything fresh inside of me and think they can find something better on the outside.

Good luck, suckers! I feel bad about killing them, but I don’t have a cat for that whole cycle of life thing to work itself out. Smoosh!

Since I’m too lazy to walk to the trash can, it doesn’t take long for the pile of bug-goo-tissues to turn into a mountain. If I squint it looks like a snow drift; I pretend to be in Switzerland.

After wishing for a full hour that I had a catheter, and then finally relenting and getting up to pee, I stop to look in the mirror over the sink. There are spiderwebs stuck in my tear ducts: sticky and gloppy, blacked with the kohl eyeliner that I always forget to wash off. The tops of my ears have a fine layer of moss etched across them. I’m not quite sure if I look animal, infantile, or anorexic; or some weird hybrid of all three.

Moving outward must be the only option for survival. It’s dustbowl math, apocalypse geography. Maybe I should run outside and down the street and just keep running until I’ve crossed a couple state lines and my feet are bleeding and the sun is shining down on me from a different angle?

The Human-Shaped-Gods promised Transformation by Medication and boy did they deliver! No more highs so high that breathing is an afterthought, punctuated by crying jags heavy enough to flood a claw-foot tub.

But once I started swallowing, it became impossible to stop. It didn’t matter that I quickly became the poster child for what-not-to-do-if-you-ever-wanna-get-laid-again. My cells degenerated at the speed of light, my hair fell out by the handful, my eyes even got so sensitive that I had to wear those black-plastic blind guy sunnies all the time. But the eye of the storm is a feather-pillow-peaceful place; it’s easy to get accustomed to complacence. I may have traded death for death. But which death is better?

Sure, I could stop taking my Lithium now and ingest other things instead. I could attempt to swallow life, though I’m not quite sure what that looks like. I’m guessing it doesn’t look like a sword or a flame or a mental hospital gown or a tequila shot.

I could get out of bed tomorrow and go scavenging, collect hopeful ingredients from the cemetery down the street, the local hardware store, my neighbor’s backyard garden, fingers crossed that nobody calls the cops.

But for today, I’ll just keep gulp-swallow-gulping myself into sweet sweet oblivion. As disappointing as that might sound to everyone involved—particularly the few remaining squirrels.

I’ll save up my rest like a camel saves water, while watching at least seven more episodes of Sex and the City and eating a few more handfuls of Fruity Pebbles sans milk.

“I’m sorry,” I whisper to everything that is dying. I wish that I could save the whole rainforest, but I just don’t have the energy anymore.

(If you don’t know what it feels like to be this exhausted, you could always run around a downtown city block forty-four times in nothing but high heels and a party dress in the middle of the night and see what chases after you. Then offer it a drink, a slice of home-made cake, maybe even a shoulder massage if it’s feeling tense. If that doesn’t work, try spending the first twelve years of your life not sleeping because you’re sure that a red-bearded monster is going to climb through your bedroom window and take you to some faraway land where bad men feast on girls like you. Imagine your little girl self served up on a platter like a roast pig with an apple in your mouth, your skin blackened with burn, parsley in place of your eyes, your pigtails singed completely off. Remember what it feels like to want nothing but to crawl in bed with your mom—into that safe place where no one could touch you—but knowing that she’s sick of your antics, wants you to be a big girl already. But finally, at 3 a.m., when you just can’t stay there another minute, you sneak into her room on tiptoe, you crawl onto the foot of her bed like a dog. Curled, blanket-less and shivering—there’s no way you can sleep like that—but at least you won’t be stolen away into some terrible place where your finger-bones will be used as dental floss, your baby teeth thrown into a giant pile of baby teeth in the corner of some horrible dungeon where the tooth fairy will never be able to find them. No fucking way.)

Tiffany Promise was awarded an MFA in creative writing from CalArts in 2010, and an MA in psychology from California Institute of Integral Studies in 2013. Her stories have appeared in Black Clock, Gingerbread House, and the Salt River Review, and she was nominated for a Pushcart Prize in 2015. Having attended Tin House and Sirenland, she’s had the privilege of working with both Eileen Myles and Anthony Doerr on various projects. She spent 2017 polishing her first novel with Francesca Lia Block in Los Angeles, but recently relocated to Victoria, B.C. As a mother, she is particularly interested in exploring mother-child dynamics and the feminization of madness.