The Nightstand Collective: An Art Project by Emma Jones

Emma Jones has spent much of her life navigating chronic illness, which inspired her curiosity about how others make space for their illness, create tools for resilience, and, most importantly, make meaning of their illness experiences. Through her project, The Nightstand Collective, she explores the lives of the chronically ill through the intimate space of the bedroom nightstand, and the items we keep close in times of vulnerability. 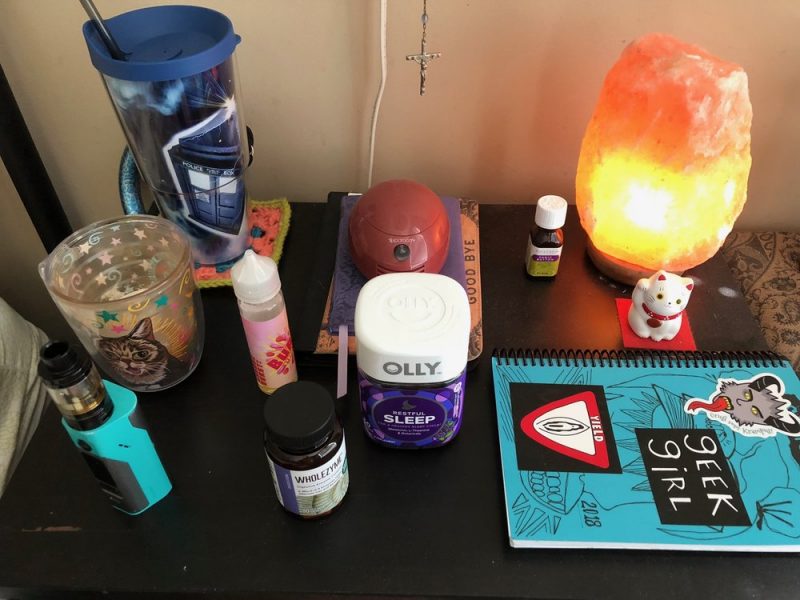 When I first became sick, I took my symptoms to bed, imagining that I could treat them with rest. I had to stop the life that I had so carefully dreamed of, arranged, and created for myself. I did not bounce back to my old self and slowly realized I had to organize a different way of living. In the beginning, there was a certain novelty to being in bed; as an incredibly active person, giving in to the resting medicine was not easy.  I had no name for my symptoms. By the time that I was handed them, my life had become very small and I felt unrecognizable. 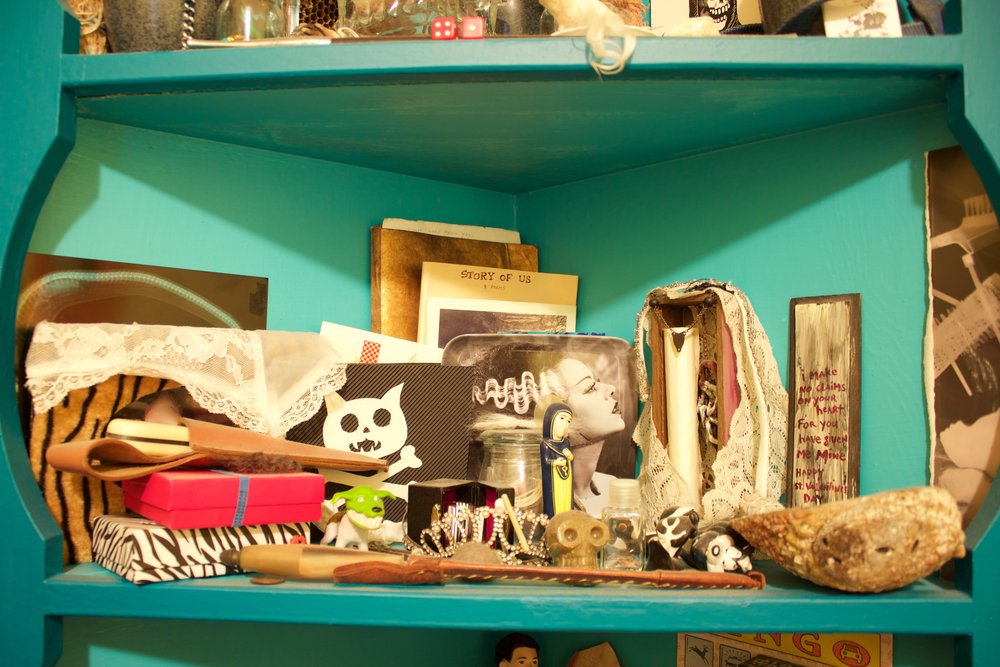 For a long time, I was unable to read, watch TV, or follow narratives of any kind. My world became my bedroom and the items on my bedroom nightstand. The things that I kept close were very carefully curated for specific purposes; some were medical, but most were possessions that I just enjoyed looking at, that brought me comfort. My nightstand was a way that I could strategize my energy use by keeping the things that I would need for a whole day close by. It was also practical, held some art, some magic, items from friends, items from my old life, bits of the natural world; some things were to encourage and to inspire. 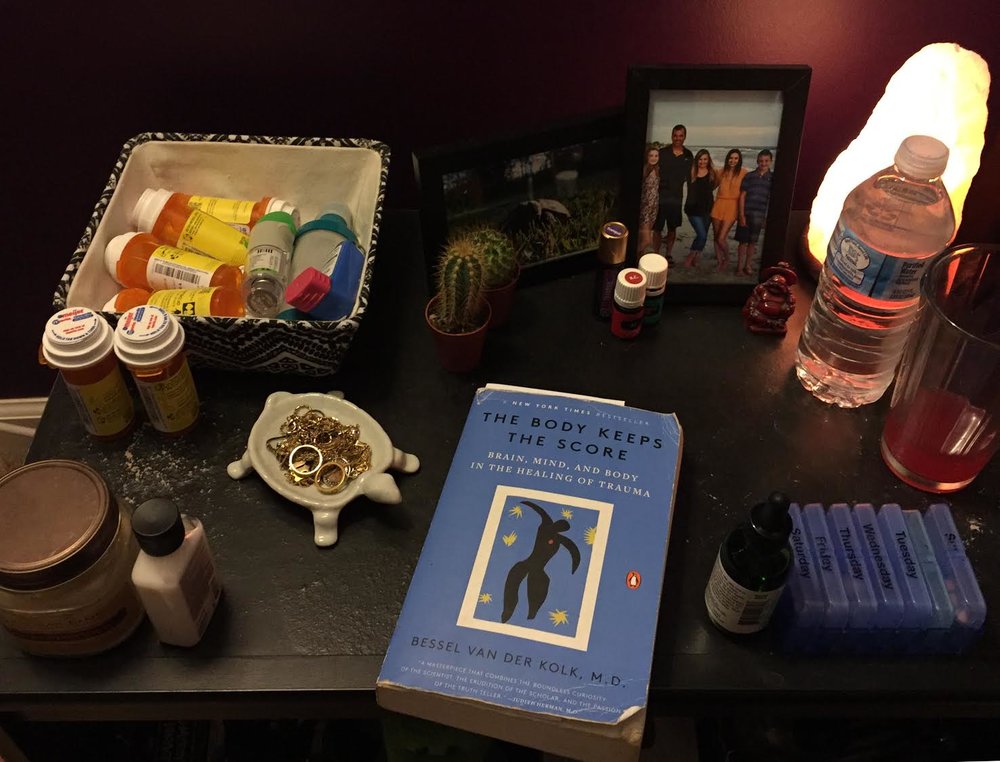 My nightstand was my nest, and while it was small compared to my old life, it reflected my growing inner world. I would look at my nightstand and wonder about all the other people out there struggling with the “unnamed” disorders that had taken their life down, and I would think about their nightstands. I spent a great deal of time imagining nightstands around the world, and I was curious as to what tools people were using to help them create a bigger life. And what did a bigger life mean to them? Folks who are dancing with chronic illness are remarkably adaptable, incredibly strong, and creative, yet they are never recognized as such; and it was these misconceptions that became the seed that led to the creation of The Nightstand Collective. I wanted a quiet space where the items could speak for themselves and show the life behind them. 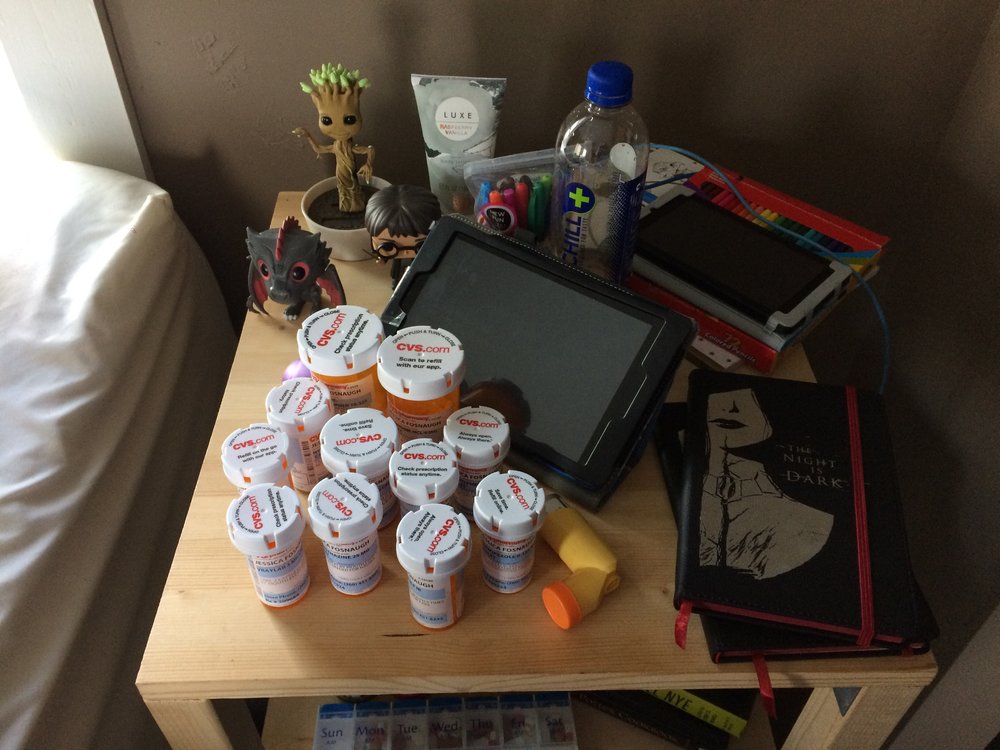 I have been working on The Nightstand Collective for two years now and have had submissions from people from all over the world. I have had the most incredible communications with some of the most resilient and fascinating people I have ever had the pleasure to chat with. Many of us are canaries of the world, and I am curious about how they make their life, adapt to their symptoms, what tools they use to lead a nourishing life. I am still learning about how people are managing their illness and what are the things that support them. I have a yearly book list of all the nightstand books and it gives us a window into some of the inner work that people are doing; people are diving into some intense and transformative topics. 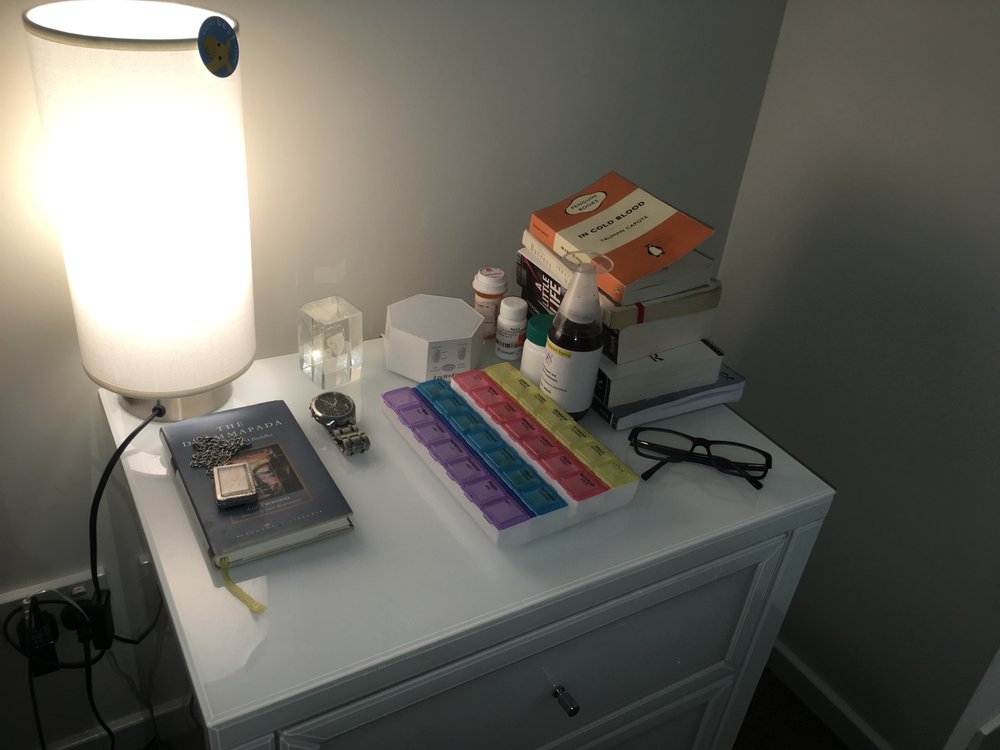 I have had folks tell me that my website is depressing; I don’t find it so. It is a matter of fact that we will all have to dance with illness at some point in our lives, and others can be our guides into all of the ways that a life can become full. There are many people out there creating art, leading vibrant relationships, having spiritual experiences, and finding beauty all from the small space of their bedroom nightstand. It is true that some of the nightstands reveal a frightening reality of some awful diseases; some are stark and some are taken over with medical equipment, but somewhere there will always be one little item that tells a story of that person beyond their disease. I do hope to keep collecting nightstands and at some point start compiling the data on the objects that can reveal some patterns. It has been a great honor to peak into these very intimate spaces.

Emma has a background in theatre and film both in front of and behind the camera, and has recently started working in audio featuring narratives about healing from traumatic injuries. You can hear her work at www.sistersoftheroguewave.com. Her project, The Nightstand Collective,  has been featured in Huffington Post UK, Mashable Social Good, The Mighty, West Journal, and The Italian Endometriosis Foundation.