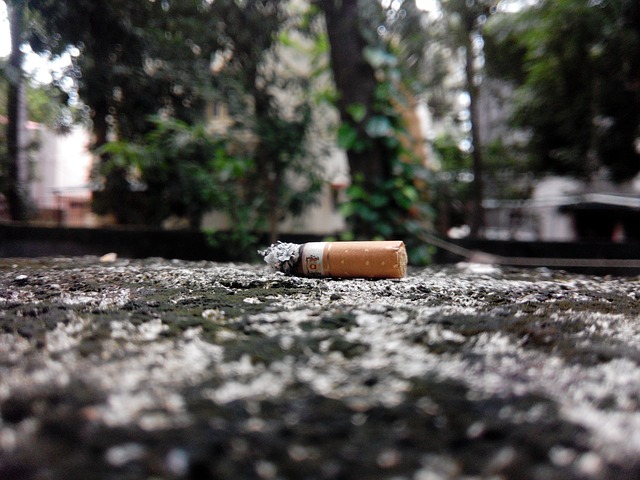 When you smoke, the toxins from the cigarette enter your blood, making it thicker and prone to clotting. It will increase your blood pressure and heart rate, reduce the supply of oxygen and blood that circulate in your organs, narrow your arteries and your chances of staying alive.

Research says smoking causes 84% of deaths from lung cancer and 83% of deaths from chronic obstructive pulmonary disease. It all starts with just a cough, seemingly harmless but is in fact the start of a slow, painful inexistence.

The only question is whether you’re afraid of death.

Last night, I read about the effects of cigarette smoking to the body, not out of curiosity but of boredom. When all you see on TV are news reports about another death of a teenage boy mistaken as a drug addict, followed by a low-quality soap opera romanticizing policemen, you just get sick of watching TV eventually. Ignorance is bliss, so they say. That’s what living in the Philippines in this time does to someone diagnosed with General Anxiety Disorder and Major Depressive Disorder. When being aware of the societal problems can break you, you choose to stay low and indifferent. You choose the easier way out.

Smoking doubles your chances of having a heart attack, coronary heart disease, stroke, kidney cancer, bad breath, yellow teeth—the worst things you can do to yourself, other than suicide by gunshot and jumping off a building. I’ve tried the latter two semesters ago; I might have recovered from all the bone fractures and Facebook messages from concerned friends I didn’t even know in real life, but to this day, I still haven’t gotten over the fear of heights. I keep remembering the feeling of falling—the illusion that you were flying, that is until you hit the ground. My mistake was that I settled for the fourth floor when I could have gone all the way to the ninth. Maybe I really just didn’t want to die, said the psychiatrist who checked on me when I was recovering after the incident. Well, isn’t it pathetic to risk wasting a good two hundred thousand pesos just to pull of a performance act?

They say one cigarette takes seven minutes off of your life. Smoke a pack and you lose more than two hours. Be persistent and your life will surely end soon enough. Cigarette smoke damages your heart and blood circulation and weakens your blood vessels. Smoking can cause brain aneurysm. Once these blood vessels burst, you’re left with a subarachnoid haemorrhage, a type of stroke, says Google, that can cause extensive brain damage and may be, if you’re lucky enough, fatal. If I were afraid of death, I wouldn’t have started.

Sometimes nicotine works better than quetiapine and lamotrigine. It surely is more effective than rivotil. As the carbon monoxide or the nicotine put strains on my heart, I feel calmer. How does something made that slowly kills you make you feel calmer?

After I jumped, I woke up to the bright hospital lights—a renaissance, perhaps, only it was my mother who was screaming, tears streaming down her face. She was screaming at me, accusing me of never loving her. If I did, she said, I wouldn’t even have thought of jumping.

I did not answer. I just looked at my right arm and ignored her, studied the disorderly strokes of keloids on it, accumulated from years’ worth of self-harm. Non-suicidal self-injury was what my former psychiatrist called it. If I didn’t love her, I wouldn’t have had these. If I didn’t care, I would have been long gone.

Sometimes I like to believe that, in every exhale of smoke, my disorders are slowly cured, that bits of my depression would just cling onto particles the smoke brought in and out of my body.

Nowadays, the police don’t serve and protect; they go on killing sprees to meet a quota, regardless of whether the victim is guilty or not. To hell with due process, with “innocent until proven guilty.” The bloodshed from this so-called war on drugs still stain the paveways, but no one knows who should be blamed. They all just wanted to feed their own—the police, the drug dealers—just like every other pillar of the family. Whatever it takes. The only people that get blamed are those who think too much about themselves.

This country is my mother and I am still blamed for my own disorders. I am told that I have no right to feel depressed, because there are people around me who suffer more than I do. I open my pack of cigarettes and find one last stick. I reach for my lighter and light the cigarette. Hopefully the dimly-lit cigarette is enough to get by.

(This piece first appeared in BioLiterary.)

Elizabeth Ruth Deyro is a Filipina writer and student-director from the University of the Philippines Los Baños. She is the Editor-in-Chief and Creative Director of two forthcoming literary journals, both set to be launched in 2018. Currently, she is the fiction editor of Rag Queen Periodical, essay editor of Cauldron Anthology, and prose editor of Minute Magazine and Culaccino Magazine. Her work has appeared in or is forthcoming from Ellipsis Zine, Black Napkin Press, Laurel Magazine, {m}aganda Magazine, Jellyfish Review, and The Tempest, among others. Find out more about her at notjanedeyro.wordpress.com.

“The Constant Hum of Elsewhere” by Jen Rouse